Hey out there! Is there any point in this newsletter? No surprise, but there are no live Brave Combo shows until, at least, June, so no need to check our precarious itinerary for a while. It’s a mess. We are plowing ahead with the new album and accompanying videos, however. At this writing, I believe all members of the BC family, full-time and part-time, are well. Beyond that, my day-to-day is probably similar to yours. Lots of PETTICOAT JUNCTION and spinach. It appears people have been adopting animals more than usual, which is good. The skies around the world have never been clearer and bluer. That’s a plus. Everyday traffic around Denton feels and sounds like Thanksgiving or Christmas and the normally constantly bustling downtown is stone-cold quiet every day and night. Just like you, I’m organizing and repairing little things around the house which I’ve been putting off, but I’m also allowing myself to do nothing. There’s no hurry to do anything, except walk the dogs, feed dogs and cats and clean litter boxes. Those are priorities #1, #2 and #3. See, this isn’t very interesting.

INTERESTING OBSERVATION. I think left-wingers are probably adjusting to our bizarre new world well enough because we’ve been trying to navigate through a bizarre new world for three years already. I know I’ve been sensing the train running off the rails for a long time, as have most of my friends. We are now accustomed to years of “WTF” events. Up was already down for us. It’s like we knew the volcano was going to erupt any day. Everything is perspective, right? Perhaps we should all be more thankful that we are getting to be on Earth for so many mind-blowing, never-happened-before moments. Too bad most of those moments have sucked, so far. 2020 isn’t doing so well, huh? Or is it? If you consider yourself to be a Socialist-Democrat the old crisis/opportunity concept might work in your favor this year. The idea of the government covering basic needs for everyone, every day, is probably sounding way better to a lot more folks than it did a month ago. That old “American Dream” could be heading out to pasture. We have to accept the fact that the “Greatest Country on Earth” was amazingly slow to respond to really loud warning sirens and its leaders decided to play Russian roulette (of course) with the citizens they’re sworn to protect. Why did the people in our highest office downplay the virus threat, pretend it was a hoax and even mock those who were trying to alert the public and organize a response? That’s a puzzler. What was the genius strategy behind that?

HEARD RECENTLY. “Our planet sent us all to our rooms to think about what we’ve done!”

One more thought on current events. If indeed, we find that this all started from a live “wet” animal market, then how about reevaluating our addiction to meat. Chickens, cows, pigs, ducks, sheep, goats, dogs, bats, salamanders, pangolins, and the list goes on and on and on. Plus, scientists (remember those) have been warning us, for years, that we’re running out of fresh water, largely due to the needs of livestock raised for human consumption in factory farms. Besides, no animal wants to be in that cruel situation, right? Something to think about.

Okay, try not to feel too sorry for yourself, cause someone else probably has it much worse.
Also, there are a lot of musicians and artists dabbling in the unknown on-line, experimenting with living room concerts, trying to figure out what works and what doesn’t and if people/fans are even that interested right now. Music streaming has dropped dramatically since the virus became the only news. Radio-listening is way up. But some cool stuff will emerge from the fear and the chaos. It always does. The biggest song of some recording star’s career will be inspired by recent events. It might be corny and sappy, but it will happen. Did you know Sammy Davis Jr. hated “The Candy Man” and Barry Manilow hated “I Write the Songs?” See, you never know. All together now, from the safety of our houses, let’s sing that old Doris Day classic, “Que Sera Sera,” with conviction! The unknown is groovy, Baby! Embrace it! You got no choice! 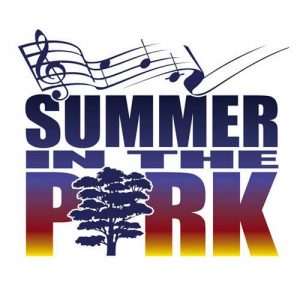 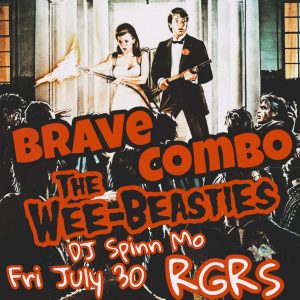 Okay, I know everyone is sick of this topic. But seriously, if you love music, and live music, in particular, or theater or fine art events or sports … END_OF_DOCUMENT_TOKEN_TO_BE_REPLACED