Forty years ago, around this time, Brave Combo played its first gig.  All NTSU (now UNT) students, we were going to perform our debut in the courtyard outside the Union Building, right in the middle of campus.  We put flyers up like crazy and told everyone we knew.  Unfortunately, it rained and Lyle and Dave (now Lisa) bailed.  So, Tim and I set up inside a classroom in the dance department and played a little concert for about 30 people.  As I remember, it went well enough.  I can still see certain people sitting there.  Some of them continue to experience Brave Combo live.

Two special opportunities, with historical significance, are happening soon.  On Friday, May 3, Brave Combo returns to Ft. Worth Mayfest.  40 years ago, almost to the day, we played our sixth gig at Mayfest.  This was a just a few days after our fifth gig, at Hip Pocket Theater, also in Ft. Worth.  So, all you fans in the western side of the Metroplex come out and tell us how much you love us.  And the Dallas polkaholics will have their shot at bliss a week later, on Friday March 10, at the legendary Poor David’s Pub, where we performed (at the original location) our first club show in Dallas, also in 1979.  Follow your heart straight to the dance floor.  We’ll provide the soundtrack for this moment of release.  Dig?

And, once again, The National Polkafest in Ennis, Texas is here.  Memorial Day weekend. Bring the family.  The halls are all air-conditioned, comfortable and inviting, full of food and drink.  And everyone is friendly and gets friendlier with each pivo.  Seriously, this is a state-of-the-art wing-ding, as far as current Texas-Czech polka dance music is concerned.  The songs are traditional and the arrangements, modern and thoughtful.  Czech and Then Some are the heart and soul of the festival and always present a master’s class in this groovy sound when they perform.  I think Alex Meixner will be there again this year, as well as Mollie B. and Ted Lange.  Star-studded!  We take the stage Saturday and Sunday nights.

Anyway, I am starting to think as outside the box as I can, which is just a little concerning, to expand our reach without spending 2/3 of our lives in transit.  There’s something to ponder.

Since I started writing this two tornado warnings were issued for Denton; two areas of circulation heading straight for us.  My wife, Jane, and I had to secure lots of worried cats and dogs.  We thought both storms passed over without incident and just found out a tornado, indeed, touched down about a mile from our house.  Wow!  Okay.  Sleep well and dream about Brave Combo riding twisters like a bunch of Pecos Bills!  We are weathering the storms of life to bring you hope or something like that.

BRICKTOBERFEST.  Brats, Beer, and LIVE! Music. Free Admission. All Ages. Outdoors under the BIG TENT on The Canal in Bricktown OKC.

BRICKTOBERFEST.  Brats, Beer, and LIVE! Music. Free Admission. All Ages. Outdoors under the BIG TENT on The Canal in Bricktown OKC.

Bricktown on The Canal

For a third year in a row, Quanah Friends of the Park is excited to bring you the Fall Concert at the Park at beautiful Historic Quanah City Park. This

For a third year in a row, Quanah Friends of the Park is excited to bring you the Fall Concert at the Park at beautiful Historic Quanah City Park. This year’s concert will be the evening of October 8th, 2022 and will feature Brave Combo, the Two-Time Grammy Award-winning band from Denton, Texas.

Presented by Farmers Bank & Trust, this is an event you won’t want to miss! Event will include an exclusive biergarten 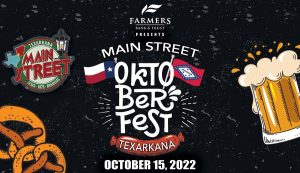 Presented by Farmers Bank & Trust, this is an event you won’t want to miss!

Event will include an exclusive biergarten with premium tasting flights, gourmet hot dogs, sauerkrauts, and mustards

https://youtu.be/WJsFvLBdOi0 When I first started paying close attention to polka, around 1978, not only did I know very little about it, I did not … END_OF_DOCUMENT_TOKEN_TO_BE_REPLACED