Hello, music fans. Through the years of Brave Combo’s existence, we’ve recorded songs from many odd and assorted projects. We’ve released some things overseas that never made it to the USA. We’ve had songs left over from our Rounder releases. And we’ve collaborated with many fine musicians for various special things. We discovered that some of our best work and favorite recordings were unavailable to our fans. So, we cleaned house and put together what we think is the ultimate Brave Combo sampler of hard-to-find tracks. Some of these recordings are so rare we barely remember them ourselves. Join us for a high-energy stroll down Melody Lane.

1. Three Ducks Waltz (Finch-Barnes-Hernandez/No Class Music-Don Cenobio Music, BMI)
From the Japan-only release, Ondo Saves The World. We arranged this original composition in four different styles, at the producer’s request. Obviously, this is the waltz version.

2. Little Bit of Soul (Carter-Lewis/Southern Music, ASCAP)
We love to screw around with old pop hits and turn them into something new. This song was originally recorded by The Music Explosion.

3. Conmigo No Quieres Nada (copyright control)
We found this song on a 45 rpm single by a band we never heard of. The title means, “You want nothing to do with me.”

4. Skin (Brookings-Finch/Modern Variety Music-No Class Music, BMI)
From an album of songs composed around the poetry of Earnest Noyes Brookings. he was a resident of The Duplex, a nursing home for men in Jamaica Plain, Massachusetts. The activity director of the Duplex was David Greenberger and he would often print poetry by Brookings in the nursing home magazine, The Duplex Planet, which became a cult fanzine nationwide during the 1980s.

7. Come Back to Sorrento (Ernesto DeCurtis/Beechwood Music Corp., BMI)
Big time favorite Italian melody. We messed with it a little and now it sounds more like Latin Disco. The kids love it this way.

9. Walking Stick (Finch-Hernandez/No Class Music, BMI)
Brave Combo goes pop/rock. Some people say that walking sticks can spit poison like a praying mantis. Mainly we think they’re bugs that look like sticks and are attracted to light, security, and food. People are that way, too.

11. Burn Slow (Agnelli-Finch/Tour of Angels Music, ASCAP-No Class Music, BMI)
From the album Allumettes, a collaboration of Brave Combo and former Washington Square Lauren Agnelli. The album was first released in Japan and is now available in the USA on Watermelon Records. We think Lauren’s voice is just divine.

13. Besos Besitos (Trevino/Gapoca Music, BMI)
This is a Tex-Mex standard. This version features our hero Tony De La Rosa on accordion. He and his conjunto recorded this song about fifteen years ago and had something of a hit with it in South Texas. Tony has two albums on Rounder.

14. Herrgard’s Polka (Andrew Walter/Colonial Music Publishing, Inc.)
This is one of the first polkas we ever learned. It’s from an album called Scandinavian Dance Music by Andre Walter. He was a big deal in Norway and Finland many years ago, and he’s still loved by many in Scandinavia. We often play it this way live. Most people can’t dance all the way through our version ’cause it’s too fast.

15. Girl (Lennon-McCartney/MacLen Music, Inc., BMI)
From the album of the same name, featuring the one and only Tiny Tim. What a bizarre journey this was. Mr. Tim is a brilliant and uncontrollable person. You should hear the whole album we recorded with him.

16. Tales from the Vienna Woods (Johann Strauss, arr. by Carl Finch/No Class Music, BMI)
This is the way a Strauss waltz should sound. Well, some of the time, anyway. Cool sax.

19. Always Vienna (The Last Words of Sigmund Freud) (Finch-Carter/No Class Music, BMI)
The lyrics to this waltz were written by neo-cabaret artist Little Jack Melody (Steve Carter). This recording first appeared on the Restless release Polka Comes to Your House.

20. Polka Overture (Finch/No Class Music, BMI)
From the polka musical Evelyn and the Polka King, which may be coming to your town soon. 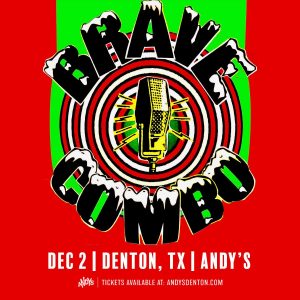 As you get older, you, obviously, have more experiences and, hopefully, they’re not all horrible. But some are bound to be. That’s the way things … END_OF_DOCUMENT_TOKEN_TO_BE_REPLACED